Annual Edmund Burke Lecture: Sometimes it Matters Who is in Power

How do we weigh the great forces against the individuals in history? Political, economic and social structures, resources, demography, ideas, we know these shape the past. Yet can we dismiss the impact of powerful leaders and thinkers such as Vladimir Lenin, Adolf Hitler, Franklin Delano Roosevelt, Karl Marx or Mohammed? This lecture argues that there are crucial junctures where an individual can push history in one direction or another.

The Trinity Long Room Hub is delighted to announce that Professor Margaret MacMillan will deliver the Annual Edmund Burke Lecture for 2017. This lecture series is supported by a generous endowment in honour of Padraic Fallon by his family.

Professor Margaret MacMillan
Margaret MacMillan is a Professor of International History at the University of Oxford and the former Warden of St. Antony's College. Her books include Women of the Raj (1988, 2007); Paris 1919: Six Months that Changed the World (2001) for which she was the first woman to win the Samuel Johnson Prize; Nixon in China: Six Days that Changed the World; The Uses and Abuses of History (2008); and Extraordinary Canadians: Stephen Leacock (2009). Her most recent book is The War that Ended Peace. She is a Fellow of the Royal Society of Literature and a Senior Fellow of Massey College, University of Toronto, Honorary Fellow of Trinity College, University of Toronto and of St Hilda’s College, University of Oxford, and sits on the boards of the Mosaic Institute and the Reuters Institute for the Study of Journalism, and the editorial boards of International History and First World War Studies. She is also a Distinguished Scholar at the Henry A. Kissinger Center for Global Affairs at Johns Hopkins SAIS in Washington. 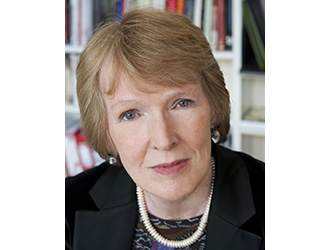