The European Agenda for Music: The Sector Speaks

The idea for a European Agenda for Music (EAM) emerged from discussions amongst the European Music Council in 2012 about the future of music in Europe. Since then, the European Music Council has brought together representatives from music higher education institutions and universities, specialist music and general schools, the music industry and civil society organisations related to music. The aim of the final document (to be launched in Spring 2018) is for the sector to put forward, with one voice, its own priorities which will improve the situation of music in Europe in the coming decades.

Deborah Kelleher, Director of the Royal Irish Academy of Music (RIAM), has contributed to the evolution of the European Agenda for Music through her role as a Vice-President of the Association of European Conservatoires (AEC). In this lecture, Deborah will share the details of the current draft of the EAM and discuss its implications for music education in Ireland. The RIAM is Ireland's oldest and most internationally recognised music conservatoire. In 2013 the RIAM became an associate college of Trinity College, the University of Dublin. 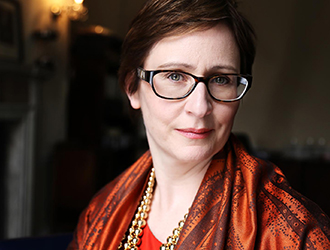