A public lecture by His Excellency Dr Sukma, Indonesian Ambassador to the United Kingdom and Ireland organised by the Trinity Centre for Asian Studies.

Abstract: Indonesia is a land of diversity, with plenty of opportunities. It is an emerging market, an open economy and an active player in international affairs. Yet, as a young democracy, it faces many challenges. For example, there have been questions regarding the pace of Indonesia's reforms under President Jokowi and the country's ability to attract foreign investment. Indonesia has also been criticized for "punching below the weight" in international affairs. Is Indonesia abandoning ASEAN? Dr. Rizal Sukma, Indonesian Ambassador to the United Kingdom and Ireland, will discuss these issues in this public evening lecture.

Bio: His Excellency Dr. Rizal Sukma assumed his position as the Indonesian Ambassador to the UK and Ireland in February 2016. Prior to that, Dr. Rizal Sukma was Executive Director of the Centre for Strategic and International Studies, Jakarta and a member of the Board of Advisors of the Institute for Peace and Democracy (IPD). Since receiving his Ph.D. in International Relations from the London School of Economics and Political Science in 1997, he has worked extensively on such issues as Southeast Asian security, ASEAN, Indonesia’s defence and foreign policy, military reform, Islam and politics, and domestic political changes in Indonesia. 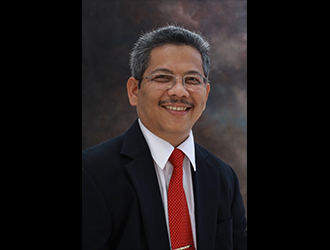