"The Underside of Japan": Capitalism, Empire, and the Production of Space in Modern East Asia

A public lecture by Yijiang Zhong (University of Tokyo) as part of the Trinity Centre for Asian Studies 2017-18 Lecture Series.

ABSTRACT: This lecture introduces Yijiang Zhong's current research project on spatial production in modern East Asia. He will focus on the origin and operations of the idea “the Underside of Japan” or “Ura-Nihon.” The term refers to the Sea of Japan side of the Japanese archipelago in contrast to the area facing the Pacific Ocean, known as the Upper-side (Omote-Nihon). The project looks into how “the Underside of Japan” emerged in the context of late Meiji industrialization and discussions of civilization and progress, and how it came to be identified, in spatial proximity and ideological association with the Asian continent, as bleak, stagnant, and backward in contradistinction to the bright and progressing Upper-side, the embodiment of Japan’s modernity.

After the Russo-Japanese War (1904-5), the “Underside of Japan” served to connect the Japan, now popularized as the Upper-side of Asia, to the continent as Asia’s Underside, generating arguments and policies of imperialist expansions. This project eventually proposes that this distinctive modern mode of demarcating the Japanese archipelago is constitutive and indicative of a deep ambiguity (or tension) in the historical experience of Japan as both a nation-state and an empire, and as both an Asian and a Western(ized) country.

BIO: Yijiang Zhong is associate professor of the Institute for Advanced Studies on Asia, the University of Tokyo. He is a historian of modern Japan with major research interests in religion, nation(alism), and space. His first book, "The Origin of Modern Shinto in Japan: the Vanquished Gods of Izumo" (Bloomsbury 2016), looked at how early modern developments of Shinto both enabled and compromised the construction of the modern nation-state in Meiji Japan (1868-1912). While examining "space," he is also closely following the globalization of Japan's higher education. 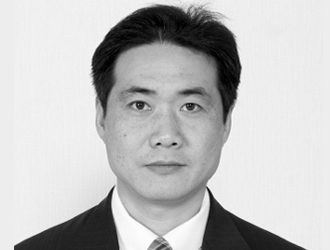