A public lecture by award-winning Irish musician, ethnomusicologist and cultural historian, Professor Gearóid Ó hAllmhuráin organised by the School of Creative Arts as part of the Constellations Series.
Abstract: Irish traditional music is arguably one of the most popular World Music genres of our time. Nurtured by Irish and non-Irish musicians throughout the world and patronized by audiences in diverse social and cultural settings, this ancient art is one of Ireland’s most enduring and defining cultural products. Although its eponymous home on the island of Ireland is still its creative centre of gravity, Irish “trad music" has expanded far beyond its former ethnic, spatial, class and political boundaries. This lecture will explore this sonic transformation from the "inside out" and the "outside in,” investigating the rhizomorphic forces—indigenous, diasporic, virtual, prosthetic—that forged Ireland’s national and transnational soundscape during the past century.

Biography: Professor Gearóid Ó hAllmhuráin, MA, HDE, Ph.D., DUEF, MBA is an award-winning Irish musician, ethnomusicologist and cultural historian. Formerly Jefferson Smurfit Chair of Irish Studies and Professor of Music at the University of Missouri-St. Louis, he is the inaugural holder of the bilingual Johnson Chair in Québec and Canadian Irish Studies at Concordia University, Montreal. Funded by the Québec government, his research investigates Irish cultural memory, lifeworlds and soundscapes in Québec and Canada since the fall of New France. Author of the best-selling Pocket History of Irish Traditional Music (Dublin, O’Brien Press, 1998/2014), as well as book chapters, recordings and articles on Irish music and folklife, his multidisciplinary study Flowing Tides: History and Memory in an Irish Soundscape was published by Oxford University Press in 2016.

Book Launch: This lecture will be followed by the the launch of Gearóid Ó hAllmhuráin's A Short History of Irish Traditional Music by O'Brien Press, Dublin. Copies of the book will be available for sale.

About the Constellations Series:
Over the course of the 2016-17 academic year, Trinity’s Creative Arts Practice Research Theme is pleased to partner with the Trinity Long Room Hub to offer The Constellations Series, a new programme of public events exploring the entanglement of creativity, artistic practice, and research.
The series features artist-researchers, particularly those who cross disciplinary boundaries, presenting their work and discussing their creative process. 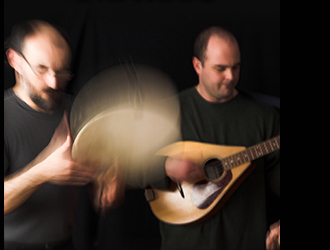