The Trinity Long Room Hub is delighted to host a lecture by Indian Member of Parliament and Former Minister for Law and Justice & Envoy of Prime Minister Manmohan Singh to Japan, Dr Ashwani Kumar, on Monday, 24 October at 6.30pm. This event is organised by the Trinity Indian Society.

Abstract: In his lecture, Dr Kumar will discuss the limits of judicial review power in a constitutional democracy in the Indian context which has resonance in other countries.

Bio: Dr Ashwani Kumar was member of the Upper House (Rajya Sabha) of the Indian Parliament between 2002-2016. During this time he served as Minister of State for Industry, Parliamentary Affairs, Planning, Science and Technology and Earth Sciences. He also served as the Union Cabinet Minister for Law and Justice. In 2013 he was appointed as Special Envoy of Prime Minister for Japan to prepare for the visit of Their Imperial Majesties to India in 2013. He served as Chairman of the Select Committee of Parliament and as Chairman of the Standing committee of Parliament on Science and Technology, Environment , Forests and Climate Change till 2016.

Dr Kumar has represented India at the UN General Assembly on various occasions and he last addressed the UN General Assembly and the UN Security Council in 2013. He has had several positions in the Congress party including as spokesperson and Chairman of its Intellectual Cell. Dr Kumar is an author and has published several articles in leading dailies. He has also served as the Additional Solicitor General of India and is a Senior Advocate of the Supreme Court of India. 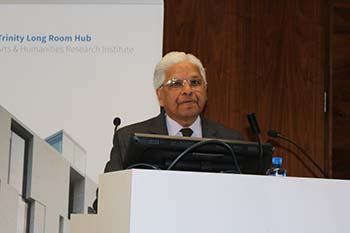