The Resurrection of Ireland and Hungary: Daniel O’Connell and Stephan Széchenyi

This public event, organised by the Hungarian Embassy in association with the Department of History, the Department of Russian and Slavonic Studies and the Trinity Long Room Hub will explore the careers of Stephan Széchenyi and Daniel O’Connell, the links between Ireland and Hungary, and the attempts to develop new approaches in dealing with the issues of empire and nationalism in the nineteenth century.

Stephan Széchenyi (1791-1860) was an outstanding reform-oriented Hungarian statesman, and is often called ‘the greatest Hungarian’.  Daniel O’Connell (1775-1847) led a successful civil rights campaign in the 1820s and, although he failed in his campaign to establish an Irish parliament, he was hailed as the ‘Liberator’.

There are interesting similarities between Széchenyi and O’ Connell and in general between Irish and Hungarian history.  Both involved campaigns for national emancipation linking politics and culture within the framework of a foreign empire.  Perhaps it is no wonder that Arthur Griffith, the founder of Sinn Féin, called his plans for a new political dynamic in Ireland ‘The Resurrection of Hungary’.

Dr. Andreas Oplatka was born in Hungary, but his family moved to Switzerland after the revolution in 1956. In Zurich he worked as a journalist and a historian, and for the past fifteen years taught Eastern-European history at Vienna University in Austria and at the German speaking Andrássy University in Budapest.  He is the author of an acclaimed biography on Stephan Széchenyi.

Professor Patrick Geoghegan is the head of the Department of History at Trinity College Dublin and is an expert on eighteenth and nineteenth century Irish, British, and the history of the United States.  The author of a two volume study of Daniel O’Connell, he presents the award-winning Talking History on Newstalk radio. 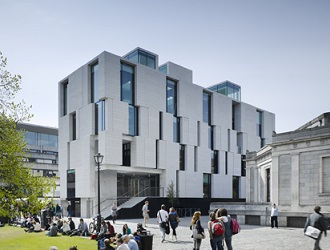