Trinity and the Changing City

Dublin has been transformed by the economic crash, the austerity measures that followed and recently by the manifold challenges arising from Covid-19, as well as wider issues such as displacement and migration. The city’s built environment and economic, demographic and linguistic mix have all developed apace. 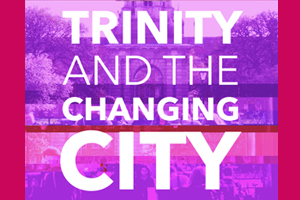