Ralph Moore originally came to Dublin from the UK in 2012 to pursue his undergraduate degree at Trinity College. He is now a doctoral candidate in the Department of Classics. His research project revolves around the influence and impact of the Roman Empire on Gaul (roughly modern France, Belgium, and Switzerland) c.125BCE- 30CE.

It looks particularly at how the the inhabitants of Gaul engaged with their increasingly powerful neighbour to maintain, increase, and sometimes lose power, status, and wealth in their own societies. Such an analysis of inter-cultural interaction, especially between the powerful and those living on their margins, has a great deal of applicability to many other areas, past and present. 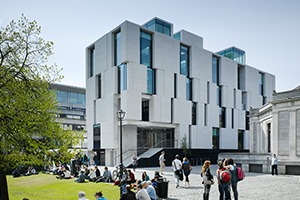 The Land Beyond the Alps: Roman Expansion and Impact on Gaul c.125BCE-30CE