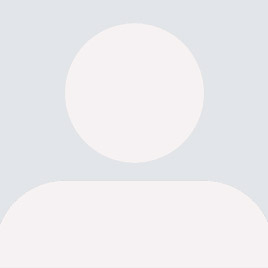 Principal Investigator for the ERC-funded project: 'Arabic Poetry in the Cairo Genizah'. Department of Near and Middle Eastern Studies & Al Maktoum Centre for Middle Eastern Studies, School of Languages, Literatures and Cultural Studies. Mohamed studied Semitic languages and Modern Hebrew language and literature at Mansoura University, Egypt, where he graduated with a Master's degree in Modern Hebrew Studies in 2010. He then went on to complete a DAAD funded PhD at Leipzig University, Simon Dubnow Institute for Jewish History and Culture, Germany, in 2015. His dissertation focused on Arabic use in nine Hebrew novels written between the 1950s and 2010s by three Iraqi Jewish authors. Research Interests Mohamed's research interests lie in the areas of Arabic poetry, Judaeo-Arabic, bilingualism, the typology of written code-switching, code-switching in Modern Hebrew and medieval Judaeo-Arabic texts and sociolinguistic variation between Arabic and Hebrew.

Mohamed is the Principal Investigator for the European Research Council-funded project 'Arabic Poetry in the Cairo Genizah' (2020-25), which will allow him to lead academic teamwork to expand his work on Arabic Poetry in the Cairo Genizah comprehensively. The project aims to make the entirety of Arabic and Judaeo-Arabic poetry in the Cairo Genizah accessible to both academic scholars and the public in a comprehensive database and critical editions. The project hopes to reveal, through the study of poetry, hitherto hidden aspects of social and cultural history of the Jews in the Middle East with regard to literacy, education and intercommunal relations. The goal is to explore hierarchies, interpersonal relationships and the social function of poetry in medieval and early modern Egypt through the study of Genizah poetry. Mohamed also works on an edition, translation and linguistic analysis of Judaeo-Arabic letters from the Prize Papers Collection. The edition will introduce previously unexplored Algerian Judaeo-Arabic documents from the Prize Papers Collection, which constitute a unique chance to study the history, language and culture of Jewish trading across the Mediterranean and North Africa during the late 18th century. Between February 2017 and January 2020, Mohamed was granted a Research Fellowship funded by the DFG (German Research Foundation) to work on a project entitled: "From Tuscany to Alexandria: Arabic letters in the Prize Paper Collections", which explores Arabic letters of the Prize Paper Collections in the National Archives in Kew Gardens. With collaboration with Dr Esther-Miriam Wagner, Cambridge, Mohamed worked on editions of all Arabic letters of the Prize Paper Collections, which will be published in two volumes with Brill. In 2016, he was granted a research stipend from the Thyssen Stiftung Foundation to work on a postdoc project entitled: "Code-switching in Religious, Secular and Philosophic Judeo-Arabic Texts" at the Freie Universitt Berlin, Germany. This project investigated the phenomena related to mixed-language texts in general and code-switching in particular regarding data from Judaeo-Arabic texts.