From Bram Stoker to Oscar Wilde to J.S. Le Fanu, the history of gothic literature is entwined with Trinity College Dublin. So, it was only a matter of time before the International Gothic Association (IGA) made its way to the city.

From July 26-29, Trinity and the Trinity Long Room Hub Arts and Humanities Research Institute hosted the 16th IGA conference, the foremost academic meeting of scholars devoted to Gothic and Horror studies. With 70 panels and more than 200 delegates, this year’s conference explored the theme of “gothic interruptions”, hearing from a wide range of international speakers working in literary studies, film studies, the visual arts, cultural studies, and related subject areas.

“Trinity is really there at the foundation of the gothic tradition”, said Dr Bernice Murphy, professor in Trinity’s School of English and the conference’s co-organiser, along with Dr Christina Morin, senior lecturer at the University of Limerick and a former Trinity PhD scholar. “There was a lot of enthusiasm for the idea of an Irish IGA.” 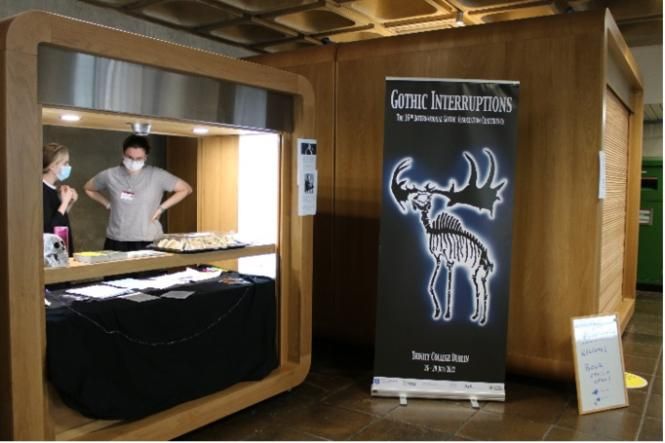 Originally scheduled for July 2021, the Trinity-hosted IGA was postponed for a year due to the COVID-19 pandemic. This literal interruption in the conference programming inspired the event’s theme.

“We wanted to use that idea of how the world copes with great change and disruption, and to consider interruption as being not just negative, but also potentially a catalyst for positive change,” Bernice said.

The papers presented at the conference touched on this theme from a variety of angles. Topics discussed at the event included everything from eco-gothic stories, Indian film and literature, gothic depictions of capitalism, to representations of trauma and escapism.

On day three of the conference, Bernice chaired a panel on the works of Shirley Jackson, the mid-20th century American author whose work has seen a surge of academic and popular interest in recent years. Papers presented at the panel specifically focused on Shirley Jackson’s depiction of female madness, her use of sacrifice in the novel The Road Through the Wall, and her representation of late capitalism in The Summer People. 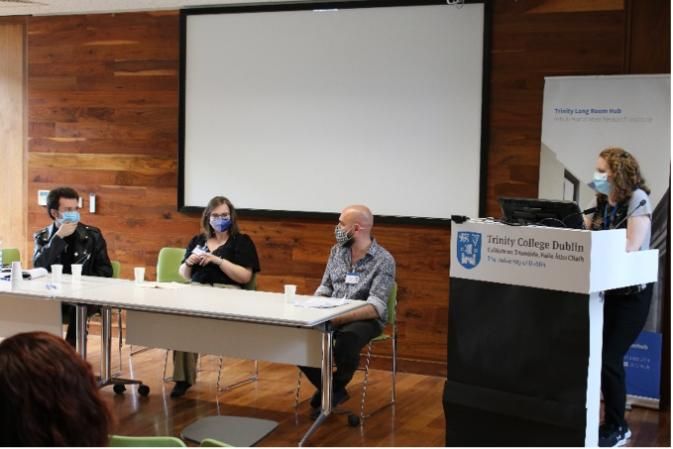 The conference’s keynote address was delivered by Professor Jarlath Killeen from Trinity’s School of English. Jarlath’s discussion was centred on the search for meaning in contemporary Irish folk horror films.

“Folklore is very central to Irish gothic,” Jarlath says. “If you think about W.B. Yeats and his interest in gathering folk tales together and collecting them, he talks about the villages of the West of Ireland as being repositories of ghosts, as somehow on the outskirts of the civilized world.”

Though gothic literature is linked to Ireland and Trinity, Gothic and Horror studies is still a relatively underdeveloped subject area in Ireland when compared to its profile in places like the U.K.

But Bernice believes that has begun to change, and that the establishment of the Gothic Studies Association in 1991, along with the Irish Journal of Gothic and Horror Studies, which she co-founded in 2006 and which is now run by Dr Dara Downey from Trinity’s School of English, has helped the topic to reach a critical mass.

“It's really wonderful to see a more widespread study throughout the country,” she said, noting that along with Trinity, there are postgraduates and academics studying Gothic and Horror at University College Cork, NUI Galway, Queen’s University, and the University of Ulster.

“It's become a more mainstream academic area. I've been working on horror films and all sorts of gothic literature in my time here and it's been really accepted. Trinity's been incredibly supportive of my research and that of my colleagues,” she added.

After nearly three years since the IGA’s last conference in 2019, Trinity proved to be a welcome home for the event and its attendees.

“Now that it's over, I'm just really delighted,” Bernice said. “People seem to have had a had a good time, and I think academically it was superb, and that's all down to the delegates.”