Hosted by Trinity Centre for Literary and Cultural Translation at the Trinity Long Room Hub, the event was a conversation between Rooney and her Romanian, Slovenian and Spanish translators.

At the event, translators Vesna Velkovrh Bukilica (Slovene); Inga Pellisa (Spanish) and Mihaela Buruiană (Romanian) discussed the delicate and complicated art of translating Sally Rooney for readers of other languages.

Sally Rooney is the author of Conversations with Friends, Normal People and Beautiful World, Where Are You. All three of her novels have been international bestsellers and her work is translated into 47 languages. Her first two novels have been adapted as television series for the BBC. In 2022, TIME magazine named Rooney among the 100 most influential people in global culture. She lives and works in County Mayo, Ireland, where she was born. 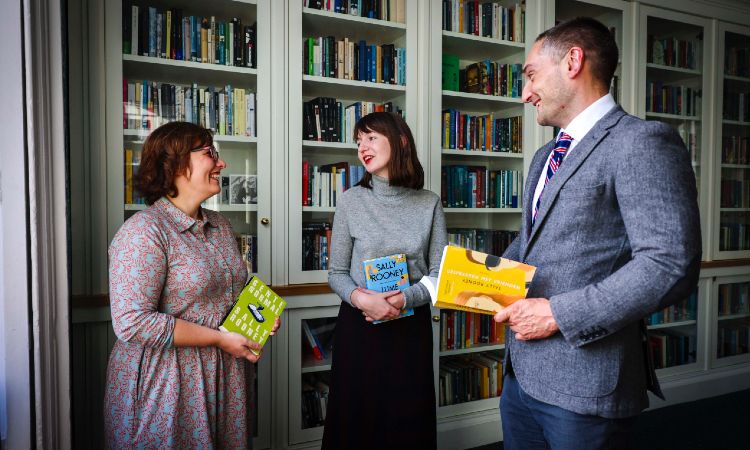 The event is the latest in a series of collaborations between the Trinity Centre for Literary and Cultural Translation, Trinity College Dublin’s flagship organisation for the promotion of translation-based activities, and EUNIC Ireland – European Union National Institutes for Culture.

Each year, the two organisations come together to invite a prominent Irish author whose work has been widely translated, along with several of the people responsible for producing the translations, to explore what goes into making outstanding Irish literature work in translation. Previous authors who have featured in the event include Edna O’Brien and Colm Tóibín.

“All over the EU, throughout September and October, numerous events are showcasing the linguistic richness of Europe as well as honouring and promoting multilingualism and language learning. Through culture, EUNIC strives to build trust and understanding between the people of Europe and the wider world. Now even more we want to highlight the importance of cultural relations and their value for friendly and peaceful collaborations." 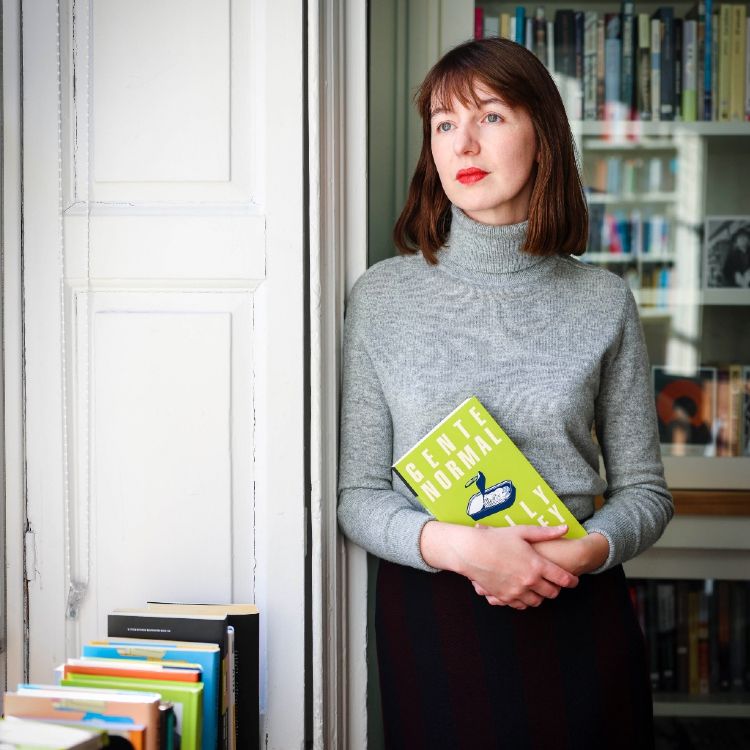 “We are delighted to welcome Sally Rooney back to her Alma Mater this week to mark International Translation Day with a celebration of the global appeal of her work in translation. It is all too easy to overlook the painstaking work of literary translators as they circulate novels, poems, and other forms of literature around the world. So often, if we enjoy a translated work, we assume it is because the author did something right, but if we don’t enjoy it, we assume it is because the translator did something wrong. Our work at the Centre shines a spotlight on what goes into translating literature, and celebrates the enormous skill involved in forensically dissecting text in one language so it can be reflected in another."

"Translating literature is an inherently intimate process, in which translators try to get into the heads of their authors, whom they may never have met. It is unquestionably an art form. But it is one that can be learnt. And that is where our work comes in. Towering figures like Sally Rooney not only give us ample opportunity to hone our craft, they cause us to reflect on what it feels like for an author to see their own work, their own thoughts, expressed in someone else’s words.”