Researchers from Trinity have shed new light on the formation of increasingly precious rare earth elements (REEs) by creating synthetic rocks and testing their responses to varying environmental conditions. REEs are used in electronic devices and green energy technologies, from smartphones to e-cars.

The findings, just published in the journal Global Challenges, have implications for recycling REEs from electronic waste, designing materials with advanced functional properties, and even for finding new REE deposits hidden around the globe.

Dr Juan Diego Rodriguez-Blanco, Associate Professor in Nanomineralogy at Trinity and an iCRAG (SFI Research Centre in Applied Geosciences) Funded Investigator, was the principal investigator of the work. He said:

“As both the global population and the fight against carbon emissions grow in the wake of global climate change, the demand for REEs simultaneously increases, which is why this research is so important. By growing our understanding of REE formation, we hope to pave the way to a more sustainable future.

“The genesis of rare earth deposits is one of the most complex problems in Earth sciences, but our approach is shedding new light on the mechanisms by which rocks containing rare earths form. This knowledge is critical for the energy transition, as rare earths are key manufacturing ingredients in the renewable energy economy.” 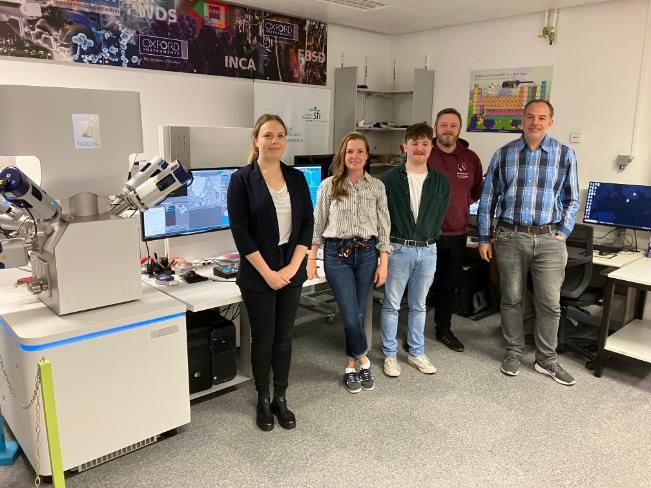 Many countries are currently searching for more REE deposits with minable concentrations, but the extraction processes are often challenging, and the separation methods are expensive and environmentally aggressive.

One of the main sources of REEs are REE-carbonate deposits. The biggest known deposit is Bayan-Obo in China, which supplies over 60% of the global REEs need.

What have the researchers discovered?

Their study has revealed that fluids containing REEs replace common limestone – and this happens via complex reactions even at ambient temperature. Some of these reactions are extremely fast, taking place in the same time it takes to brew a cup of coffee.

This knowledge allows the team to better understand the basic mineral reactions that are also involved in industrial separation processes, which will help improve extraction methods and separate REEs from fluids.

The team’s research aims to understand the complex processes of REE-carbonate deposit formation. But instead of studying natural samples, they synthesise their own minerals and rare earth carbonate rocks (similar to Bastnasite, the key mineral from which REEs can be extracted from carbonatite rocks). They then mimic natural reactions to learn how REE mineralisations form.

This also allows them to assess how changes in the main environmental factors promote their formation. This can help us understand the origin of mineralisations on untapped carbonatite resources, which are not only in China but also in other areas of the world, such as Brazil, Australia, USA, India, Vietnam, South Africa and Greenland. 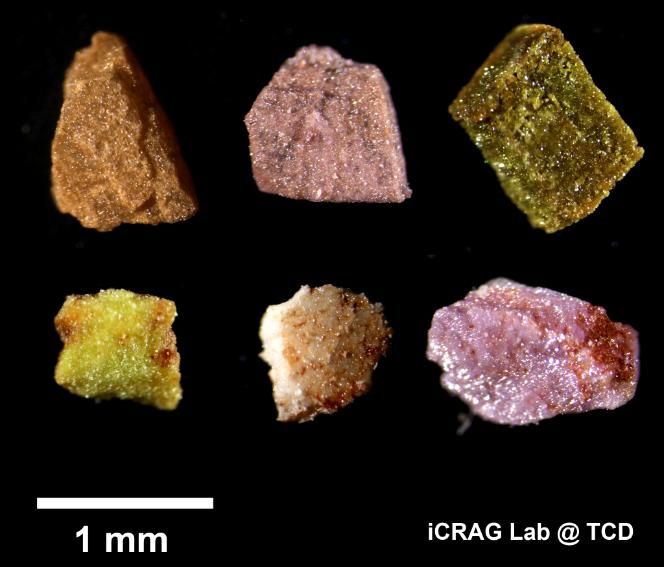 A selection of some of the rare earth artificial rocks produced by the team. Picture taken at the iCRAG Lab at Trinity College Dublin.

“As REEs are playing a critical role in a technology-filled and sustainable future, it is necessary to understand the behaviour of REEs in the geochemical cycle and in basic chemical reactions,” explains Adrienn Maria Szucs, PhD candidate in Geochemistry in Trinity’s School of Natural Sciences, and lead author of this study.

This research was funded by Science Foundation Ireland, the Geological Survey of Ireland and the Environmental Protection Agency under the SFI Frontiers for the Future Programme. Adrienn was also supported via a Provost PhD Award at Trinity.