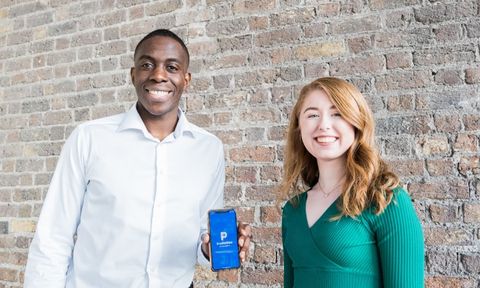 The company has launched an app that can be used to photograph receipts, scan e-receipts, complete surveys and enter competitions, earning points for each activity. Brand partners underpin the business, providing bonus points and offers to shoppers when their products are identified in receipts uploaded.

All points earned in-app convert into rewards, such as gift cards, or points can be donated to one of their charity partners in-app. They have created a really fun, engaging way to provide value to their users – and right from testing, through to launch, the feedback for the app experience from shoppers has been extremely positive. ProMotion Rewards share insights with brand partners who can learn more about the behaviour of their customers to not only improve their products, but also to provide personalised offers and other rewards to consumers.

“ProMotion Rewards is on a mission to change how people connect with brands, and vice versa. We believe that wherever value is created, value should also be received – if consumer data is gathered, then it should be the consumer that reaps the benefit. That’s why when people submit their shopping insights to ProMotion Rewards, we reward the consumer directly, and they can choose to either spend or donate those rewards. We use the insight gathered to not only help consumer goods brands better understand and serve their audience, but we also provide the platform for them to reach the right consumers, with the right message, at the right time.”

“As a Laidlaw Scholar, I have been following the incredible work the organisation has been doing since I joined the network, and when I heard of the launch of their fund, I was excited to see how we could work together to grow ProMotion Rewards vision into a reality. We are excited to have such a fantastic team of people behind the company as LSV, Delta Partners, and Enterprise Ireland have backed our founding team and company. With this round of funding, we look forward to achieving our goals of becoming the consumer rewards platform of the future.”

“CPG groups continue to struggle to access data direct from their end customers, with retailers often restricting access to this information. ProMotion’s platform allows users to earn money for sharing their purchases, delivering a fair value exchange between users and their favourite brands. LSV backed this business for the team though, whose amazing energy, ambition and hustle we believe is going to deliver a category leader.”

ProMotion Rewards is available to download now on iOS and Android App stores. Top global brands have joined the platform, and the team is excited to be continuing to grow their list of participating brand partners.