Ancient amphibians had their bones cooked

Scientists have solved a decades-long mystery as to why ancient tetrapods – amphibian-like creatures that lived over 300 million years ago – preserved in one of Ireland’s most important fossil sites seemingly had their bones cooked after they died.

The Jarrow Assemblage is one of Ireland’s most important fossil sites and preserves some of the oldest amphibians to live in terrestrial environments. These fossils are found in a coal seam in Co. Kilkenny.

Fossils from this site have one unique feature: their original internal bone morphology has been altered so that now it is difficult to make out detail from the fossils. The cause of this alteration has baffled scientists, with explanations for this alteration usually thought to be due to acid dissolving the bones when the animals were first buried. That is until now. 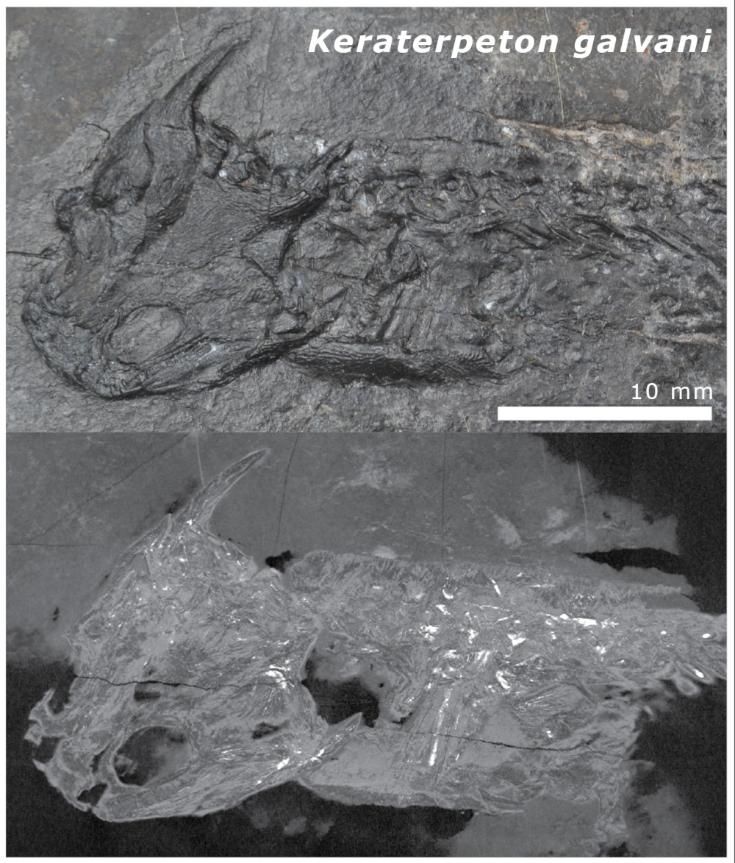 Dr Aodhán Ó Gogáin, from Trinity’s School of Natural Sciences, is the lead-author of the study. He said:

“Normally in fossil bone we see that the internal original structure is preserved. But when we looked at the X-Ray images of fossils from Jarrow we see that no internal bone morphology has been preserved and that bones have been partially replaced by the surrounding coal.”

The team also found apatite preserved in the bones. Dr Gary O’Sullivan, a co-author in the study said:

“The chemistry of the apatite crystals can tell us a lot about how it formed, whether it grew organically in the animal, formed when the animal was being buried or whether some other factors influenced its growth. Apatite is a major constitute of living bone so it is no surprise we find some preserved in these bones. However, when we look at the chemistry of apatite in the bones from Jarrow we find that this apatite was formed by heated fluids within the Earth

“We have also been able to radiometrically date the apatite which shows it formed during a time when all the continents on Earth were coming together and colliding to form the supercontinent Pangaea. As these continents collided, they formed mountain belts with super-heated subterranean fluids flowing of them. It is these super-heated fluids, which flowed throughout Ireland that cooked and melted the bones of these fossils causing the alteration we see today.”

“The Jarrow assemblage is of major scientific importance and is a significant element of Ireland’s geoheritage. It is great that finally the question of what altered the fossil bones of these animals has been resolved."

The study is published in the journal Palaeontology and can be read on the publisher's website.