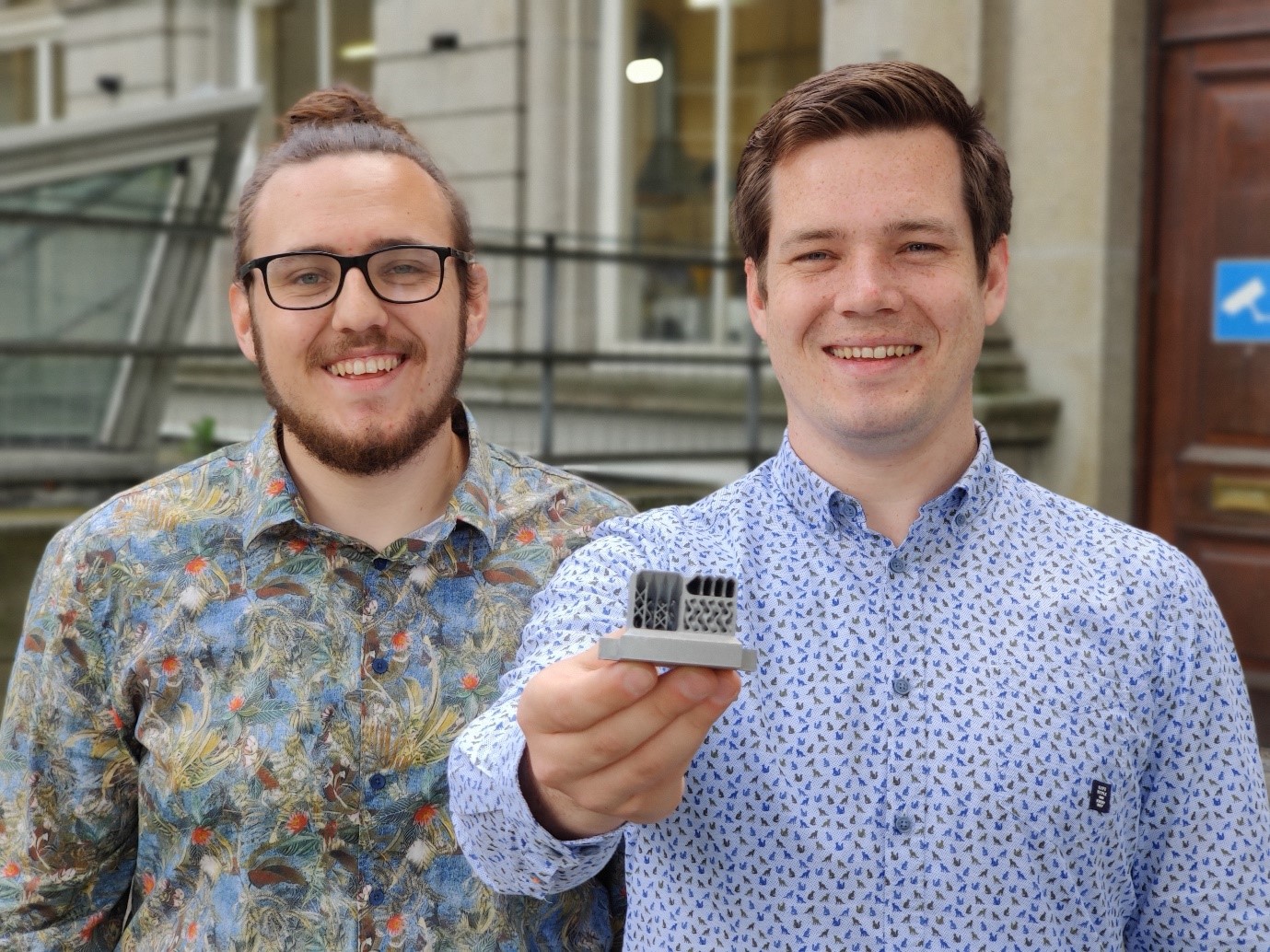 Students globally were tasked to present projects they had worked on which demonstrated responsible additive manufacturing methods. The projects were evaluated by a judging panel consisting of industry experts from nTopology, EOS, and Lockheed Martin. The projects were evaluated on their level of innovation, use of nTopology’s software, potential impact, and manufacturability. 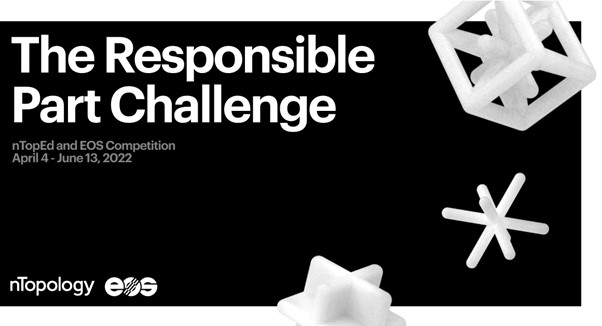 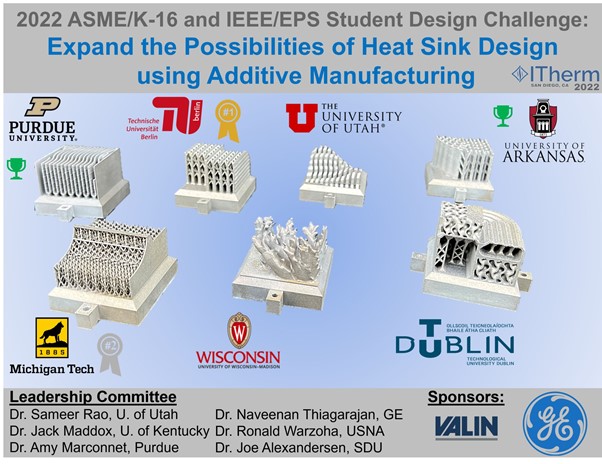 The project submitted by the duo was an additively manufactured aluminium heatsink, which had previously been entered into the ASME/K-16 and IEEE/EPS Student Design Challenge 2022. Their design was manufactured by competition sponsor GE and showcased during the ITherm 2022 conference in San Diego, where they finished as semi-finalists. Tadhg and Eoin applied their learnings from the competition to improve their heat sink’s thermal performance while further maximising the potential of additive manufacturing. 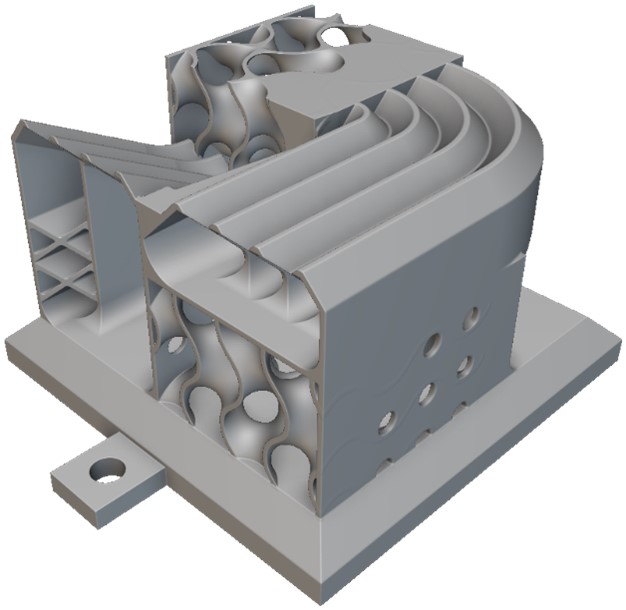 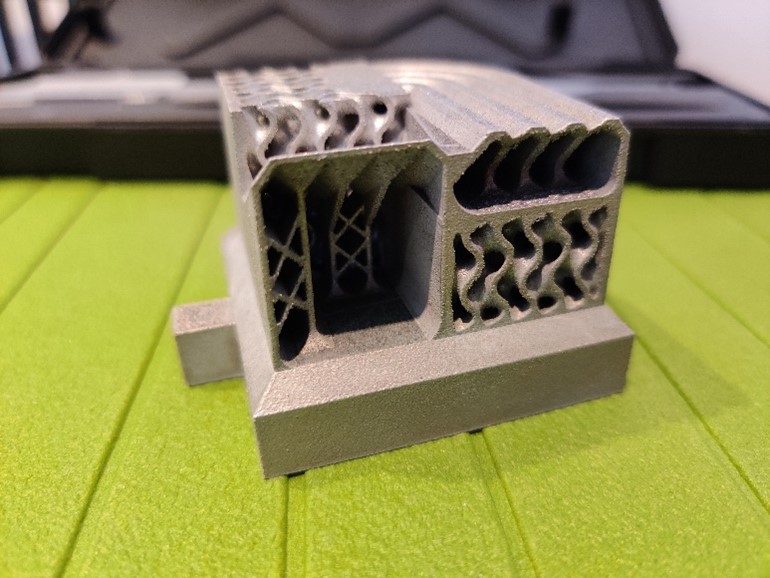 ITherm is an international conference during which large multinationals such as IBM, Intel, and Microsoft come together with researchers to discuss the latest developments in cooling technologies for electronics. The ASME/K-16 and IEEE/EPS Student Design Challenge tasked undergraduate and postgraduate students world-wide with a real-world engineering problem by creating an additively manufactured aluminium heatsink. The design had to cool an asymmetric heat load, while considering limiting factors such as size constraints, material, and manufacturability.

The designs created by students were justified by submitting a white paper that demonstrated the reasoning and numerical validation of their heat sinks. The white papers were reviewed by a panel of industry and academic experts, after which an independent 3rd party numerically validated the designs. The top designs selected by the panel were printed by GE and assessed experimentally at a state-of-the-art facility at the University of Utah. Designs that passed these phases were showcased at ITherm 2022.

Eoin travelled to San Diego to represent the team at ITherm as well as present part of his research on a Numerical Investigation of Adjustable Air Amplifiers as an Alternative to Fans in Data Centre Servers. He is an alumnus of the School of Mechanical, Manufacturing and Biomedical Engineering at Trinity College Dublin, graduating with a master’s in 2019. In 2020 he started a PhD at TU Dublin, where he is investigating Data Centre cooling technologies as part of the MaREI (SFI Research Centre for Energy, Climate and Marine research and innovation) under ERBE CDT programme.

Tadhg is a Junior Sophister Mechanical Engineering student, part of the Mechanical, Manufacturing and Biomedical Engineering at Trinity College Dublin. During his time at Trinity Tadhg has been part of the Formula Trinity team, where for the past 12 months, he has been the Head of Engineering. Next year he shall be taking part in the Unitech International Programme, where he will take part in an academic exchange at RWTH Aachen, after which he will have an industrial placement with a Unitech Corporate partner.

The team would like to thank Dr Tim Persoons from Trinity College Dublin, Dr Sajad Alimohammadi from TU Dublin and Mark Hartnett from Irish Manufacturing Research for their advice and guidance on the projects.