Elizabeth Blachrie was born in Aberdeen, Scotland, early in the eighteenth century but eloped with her doctor cousin, Alexander Blackwell, to London amidst doubts as to the veracity of his medical qualifications. Here, Alexander worked for a printing firm for a short time before setting up his own print shop. However, as he had not served an apprenticeship, he was fined heavily for breaking the trade rules and ended up in a debtors’ prison. In order to make ends meet, Elizabeth came up with the idea of creating a new herbal – a description of plants and their medicinal uses – to include more exotic, unfamiliar plants as well as those found in Britain.

END_OF_DOCUMENT_TOKEN_TO_BE_REPLACED

We are often asked why recent publications have to be consulted in the EPB reading room. The answer is that our full title is the Department of Early Printed Books and Special Collections and the modern material comes under the latter part of the heading.

END_OF_DOCUMENT_TOKEN_TO_BE_REPLACED

Trinity College Library holds a huge number of pamphlets on various subjects. Many of the early ones are religious as it was common for preachers to publish their sermons. These are often bound together, but some were bound by their owners with completely unrelated subjects. These volumes sometimes have a handwritten index which can be as interesting to researchers as the content of the tracts. This volume, from the Crofton Collection of about 2,000 items, contains a mixture of mainly political and religious material bound in an apparently random order.

END_OF_DOCUMENT_TOKEN_TO_BE_REPLACED 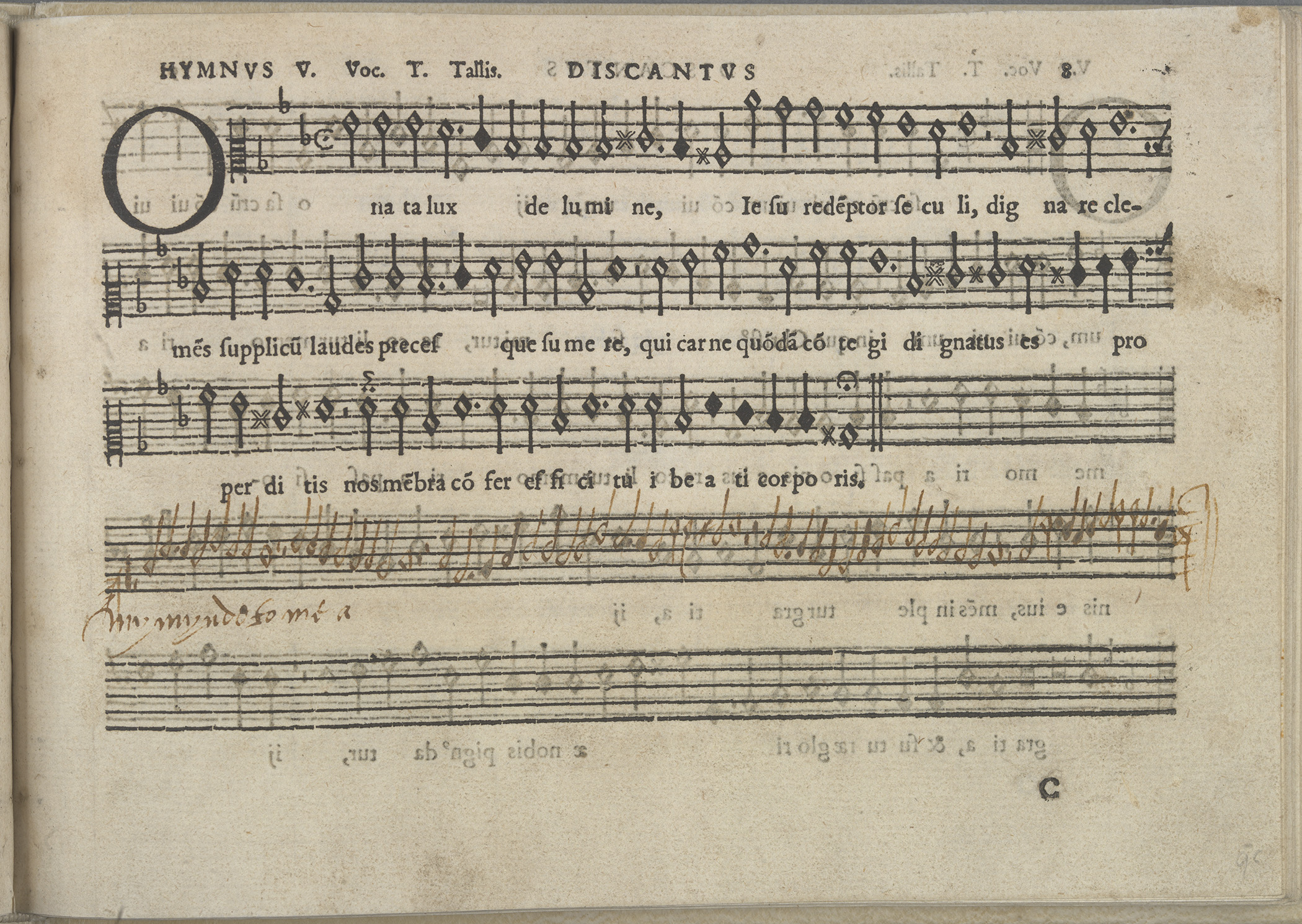 The representation of Christ as the light of the world is a recurrent biblical image which has inspired a multitude of devotional texts, many of them set to music by composers in all eras. Thomas Tallis’s well-known motet ‘O nata lux de lumine’ (O light born of light) is a setting of stanzas from a Sarum hymn for the Feast of the Transfiguration, and was first published in Tallis and Byrd’s ‘Cantiones quae ab argumento sacrae vocantur’ in 1575. END_OF_DOCUMENT_TOKEN_TO_BE_REPLACED

Centuries before the identification of SAD (seasonal affective disorder), scientists and medical professionals were convinced of the beneficial effects of sunlight on humans. As long ago as the fifth century BC, Hippocrates, the ‘Father of Medicine’ recommended sun-baths for people with symptoms of tuberculosis. Indeed, in English we have the word heliotherapy which is derived from the Greek helios (the sun) and therapeia (healing power) and the word solarium (sun room) from the Romans. The Swiss Doctor, Oscar Bernhard, founder of a clinic in St. Moritz in 1899, sent patients outdoors, sometimes almost naked, to benefit from the healing power of the sun. END_OF_DOCUMENT_TOKEN_TO_BE_REPLACED

Shedding light on … Our Collections

As 2015 has been declared the International Year of Light by UNESCO, Trinity College Dublin has chosen ‘Light’ as the theme for Trinity Week (11th-17th April) this year. To highlight the wide range of material in the care of the Department of Early Printed Books and Special Collections, a display in the Berkeley foyer of the items shown here, and a series of blog posts over the week, will focus on different aspects of ‘light’.

The Complutensian Polyglot Bible (Shelfmark: D.cc.12-17) was produced at the university in Alcalá de Henares, called in Latin Complutum, meaning ‘place where two rivers meet’. It is also known as the Spanish Polyglot or Ximénes’ Polyglot as the university was founded by Cardinal Francisco Jiménez (or Ximénes) de Cisneros and the work was financed and supervised by him. The title page of each volume bears his coat of arms. END_OF_DOCUMENT_TOKEN_TO_BE_REPLACED

Born on January 25th 1759 in Alloway, Ayrshire, Robert Burns is considered to be Scotland’s national bard. His poetry covers a vast range of subjects, including politics, death, drink and, most famously, love. An unsuccessful farmer, Burns took up an offer of work in Jamaica but lacked the money for the passage. At the suggestion of a friend, he decided to publish some of his poems and his first book, now known as the Kilmarnock Edition, sold so well that he postponed the decision to emigrate. Further publications followed but his health deteriorated and he died in Dumfries aged just 37.

Every year, on the anniversary of his birth, Burns Suppers take place throughout the world. These celebrations take various forms but usually include the poet’s address ‘To a Haggis’, an Immortal Memory (a talk about Burns’s life) and a Toast to the Lassies. Supper itself is haggis, bashed neeps and chappit tatties, accompanied by a dram and often followed by dancing and/or singing.

To coincide with the anniversary there is a new exhibit on show in the Berkeley foyer displaying the first Dublin edition of ‘Poems, chiefly in the Scottish dialect’ (1787) and a limited edition of ‘Tam o’Shanter: a tale’ (Edinburgh: 2008) illustrated by Alexander Goudie.

The lunar themed display in the Berkeley display case has been replaced with a more earthly image. Volume III of John Gould’s ‘The birds of Great Britain’ (London, 1873) includes a stunning magpie (Pica Caudata). The magpie is one of the most frequently seen birds in the grounds of Trinity, particularly in and around College Park.

John Gould (1804-1881) was originally a gardener like his father, but in 1827 he became taxidermist to the Zoological Society in London. Here he came into contact with many leading naturalists and saw new species as they were brought into the country, which awoke his interest in drawing and describing them.

Gould used to make rough annotated sketches which were worked up to finished images by artists, including his wife, Elizabeth, Edward Lear, William Hart and Henry Constantine Richter. He became an authority on the birds of Europe, Asia, Australia and America as well as the mammals of Australia. The beautiful illustrations are still of scientific importance and provide great aesthetic pleasure.

Richter (1821-1902) came from a family of artists, his grandfather, father and sister all working in the field. He began working for Gould after Elizabeth’s death in 1841 and went on to produce around 3000 watercolours and lithographic plates for him, including this magpie.