Alice’s Adventures in Wonderland was written in 1865 by the mathematician Charles Lutwidge Dodgson (1832-1898) under the pseudonym Lewis Carroll. The story of the title character’s fall down a rabbit hole, the strange creatures she meets and the odd circumstances in which she finds herself have made this fantasy one of the most popular children’s books ever written.

The first print run, of 2,000 copies, was suppressed because John Tenniel, the illustrator, objected to the ‘disgraceful’ print quality and fewer than 25 of these withdrawn copies survive. A new edition was released in time for the Christmas market the same year, but carrying an 1866 date. Trinity’s copy is at shelfmark Press K.3.7. 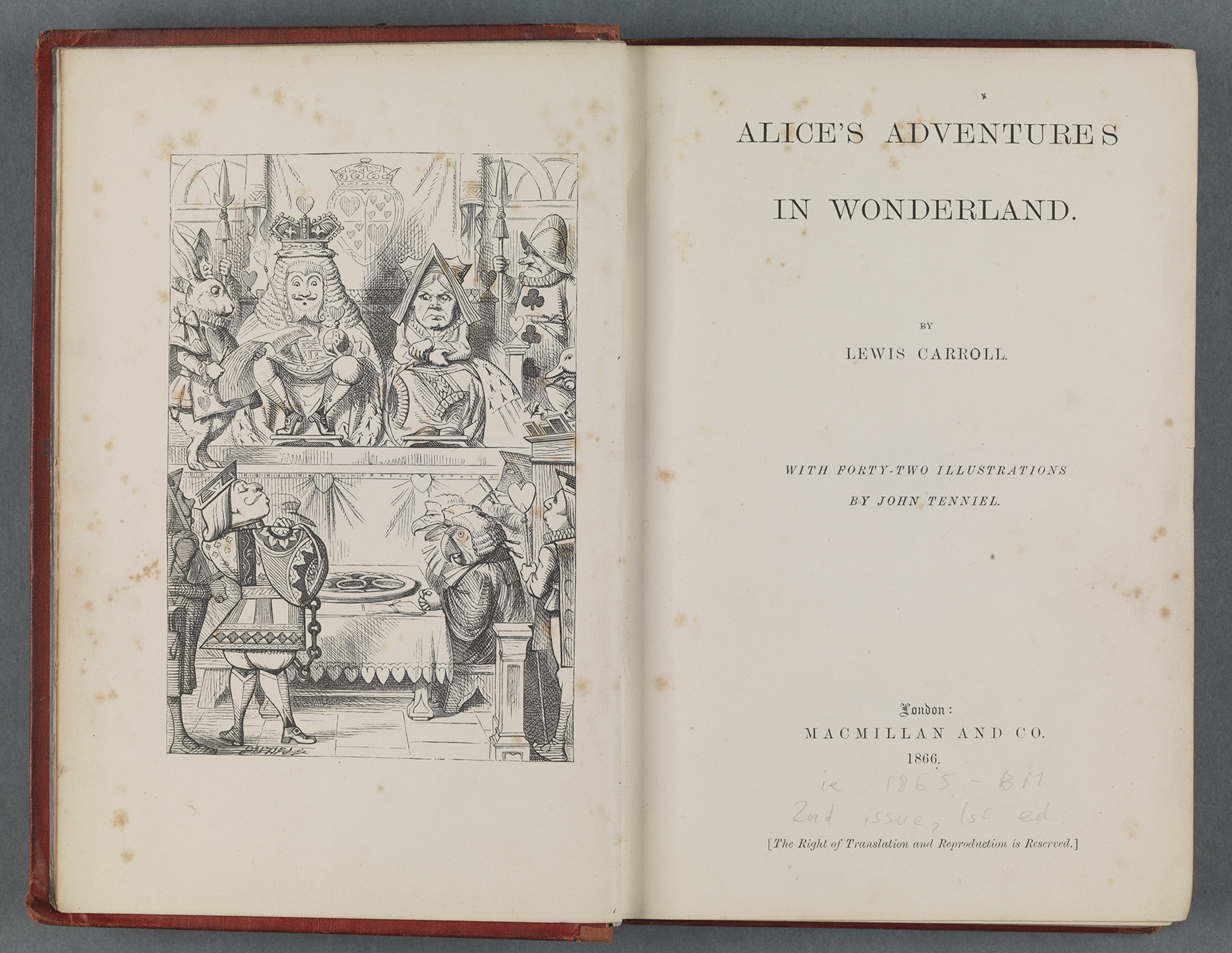 Such is the popularity of Alice that it has never been out of print and a number of different artists have illustrated Carroll’s text over the years in a variety of styles, including: 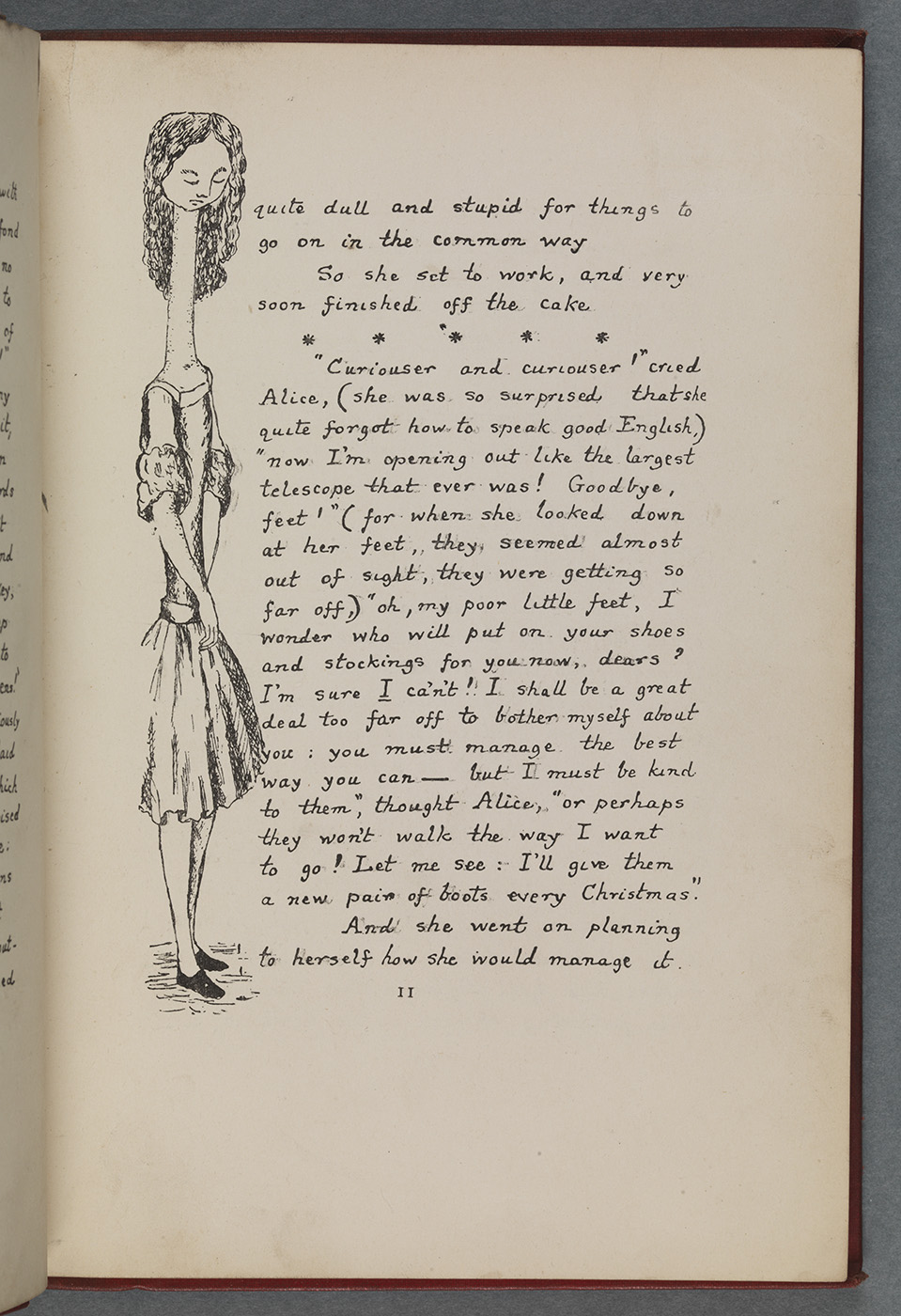 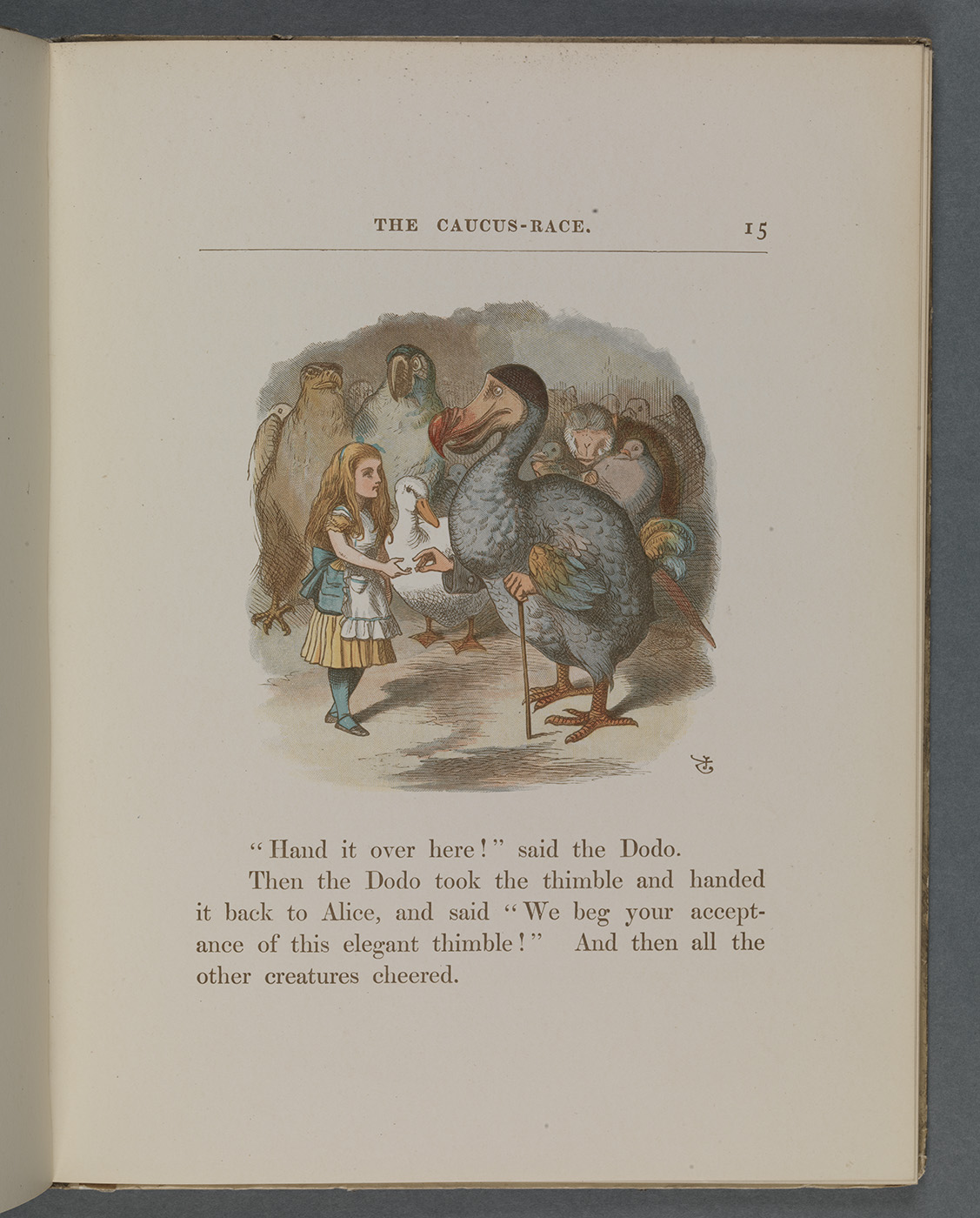 Sir John Tenniel (1820-1914), the principal political cartoonist for Punch magazine, whose serious drawings showed the essence of Victorian society and whose animals and fantasy images were equally clever. The nursery Alice (left), with enlargements of his original drawings, is at shelfmark Gall.20.d.8. 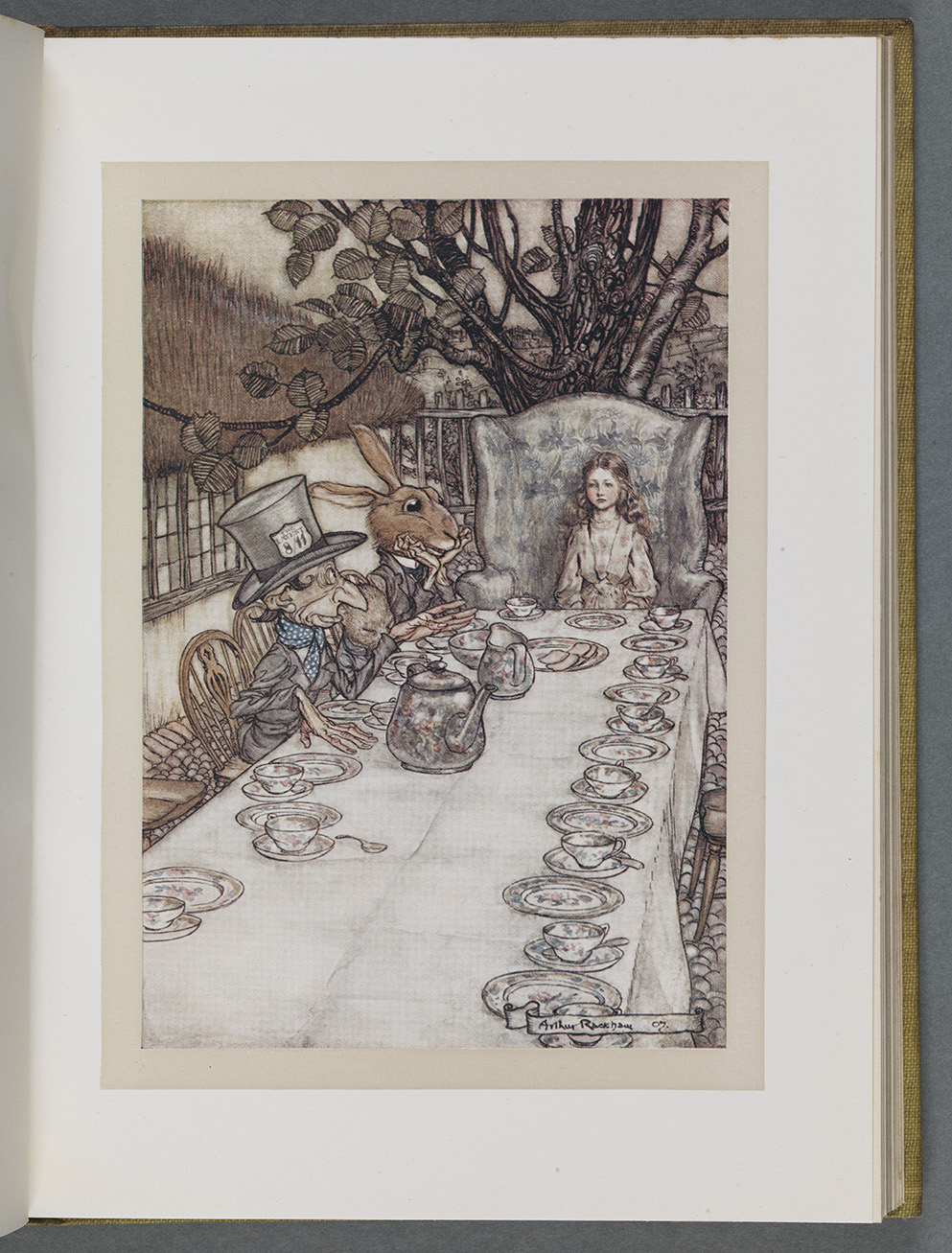 Arthur Rackham (1867-1939), one of the leading illustrators of his time, particularly of mystical books or those on magic or legends. Towards the end of his life he began oil painting and stage design. Shelfmark: 73.c.51 (right) 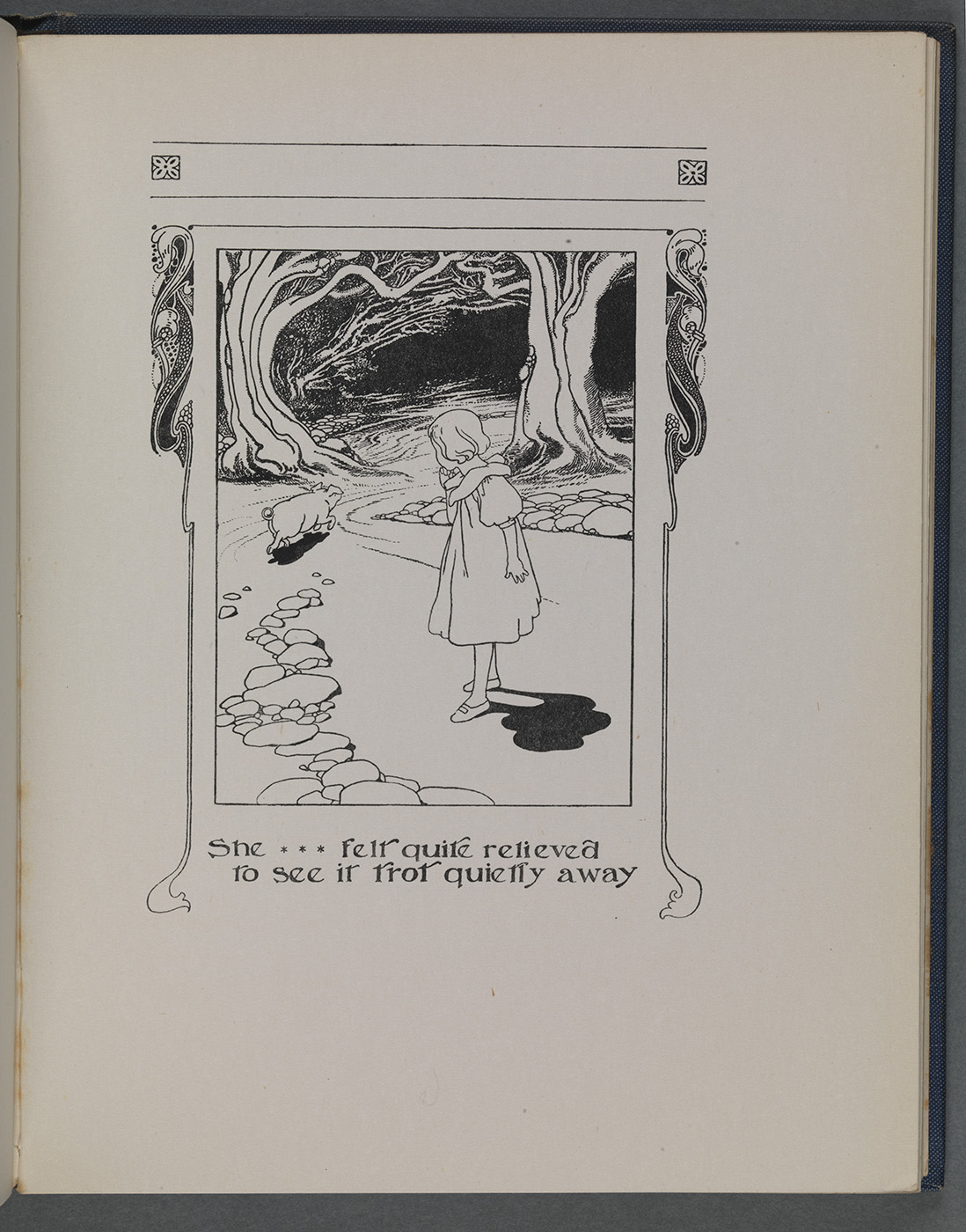 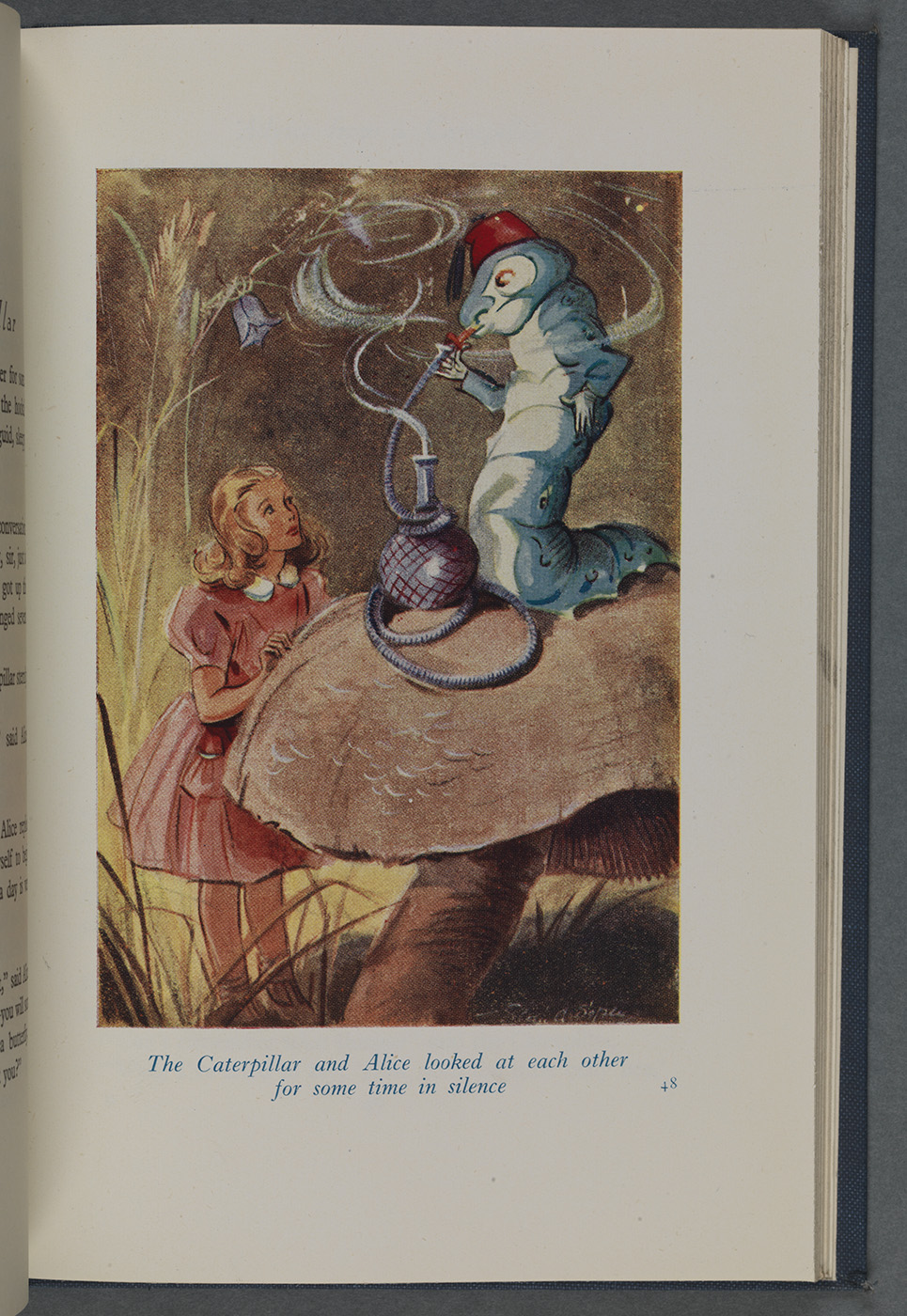 and his daughter Eileen (1905-1990), who had no formal art training but studied with her father and exhibited at the Royal Academy aged only 15. She is best known for her illustrations of Enid Blyton’s Famous Five. Shelfmark: Juv 181.r.28 (left) The story has been translated (as early as 1869 into French and German),

continued, both by Lewis Carroll and by other authors, and even used as advertising material!