A single sheet of notepaper in the Thomas Bodkin papers, MS 7013/7, gives a concise impression of the atmosphere in Dublin during the 1916 Rising. Thomas was a young barrister at the time, the eldest son of a prominent middle-class nationalist family living at 52 Upper Mount Street. For the first few days of the Rising he had ventured out around the city, witnessing the fighting at St Stephen’s Green, the GPO and elsewhere, before returning home with news and provisions. On the Thursday evening he joined the Red Cross as a stretcher-bearer, helping the Royal Army Medical Corps to collect the wounded and bring them to Dublin Castle, which had been used as an emergency war hospital since early 1915.

Excitement and tedium are both captured in a small sheet of headed notepaper which Tom brought with him to the Castle from his family home. In a spare moment he began a letter to a friend describing the busy scene and noting how few bearers there were – when his pen is suddenly lifted from the page mid-word. Was he called to join another ambulance heading out? Or had more wounded just arrived?

Overleaf, in a far more hurried scribble complete with ink blots and erasures, he jots down key words and names against the days of the week, ‘Monday. Collins Roche walk to GPO’, ‘Thursday Johnston Mooney’, clearly attempting to record the confusing flow of events. Later, Tom expanded these bullet-points into a carefully worded account of his experiences, but these initial notes show a tired man struggling to put order on a few chaotic days and nights. Details are squeezed in between lines. He corrects his memory of a visit to Dame Court and Anglesea Street – that was on Friday not Thursday – but as he was ‘Up all night’ one day apparently bled into another. His subsequent detailed account does not cover the whole week, so the brief memory prompt ‘Saturday up till 4. King Street. Moore Street’ is left tantalisingly unexplained.

On a remaining section of the notepaper is a crude sketch of the Cork Hill entrance to Dublin Castle, evidently drawn from inside the upper yard. In a few thick, inky lines Tom shows the statue of Justice above the gate, with the corner of the Chief Secretary’s Office and some high clouds behind. This is little more than a doodle but it records another idle, or tedious, period – between ambulance runs out to some scene of fighting and helping to unload the wounded or dead. As a barrister, his choice of subject seems apt, but Thomas Bodkin had a deep interest in art. He was friendly with Hugh Lane, Harry Clarke and the Laverys, so perhaps it was automatic for him to fill the time with a quick sketch wherever he found himself. The result is this rather scruffy sheet of notepaper and the very immediate sense of the confusion, excitement – and consciousness of history, felt in Dublin as Easter Week unfolded. 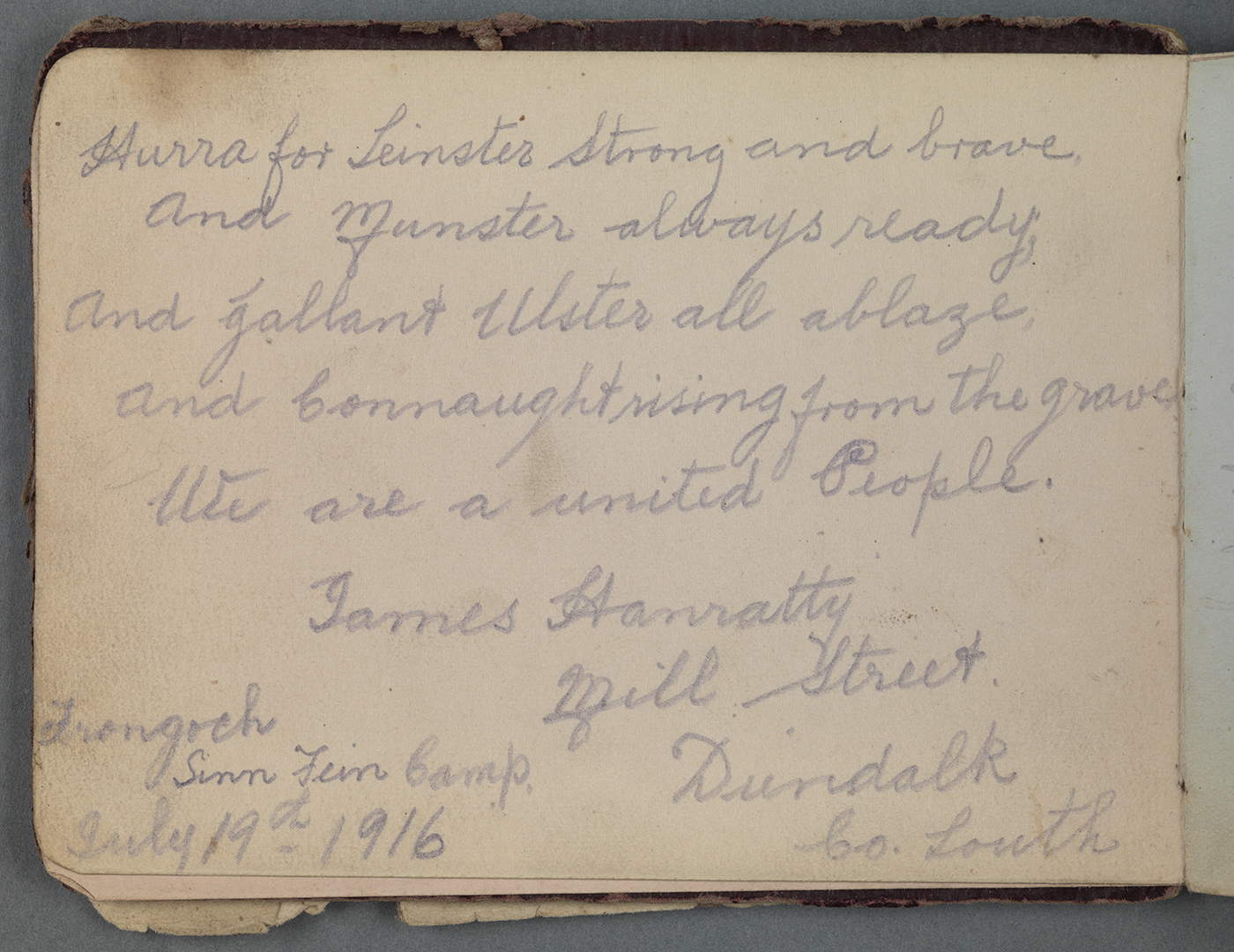 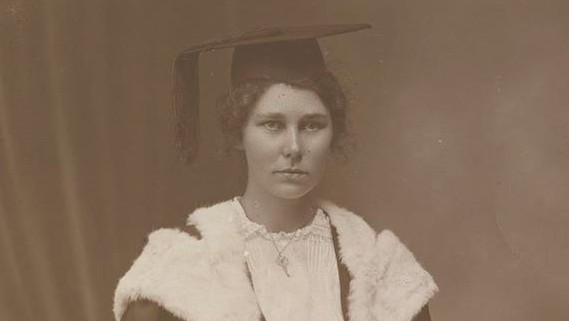 The 1916 Junior Sophister term examinations were due to be held in Trinity College on Tuesday and Wednesday 25 and 26 April. […] 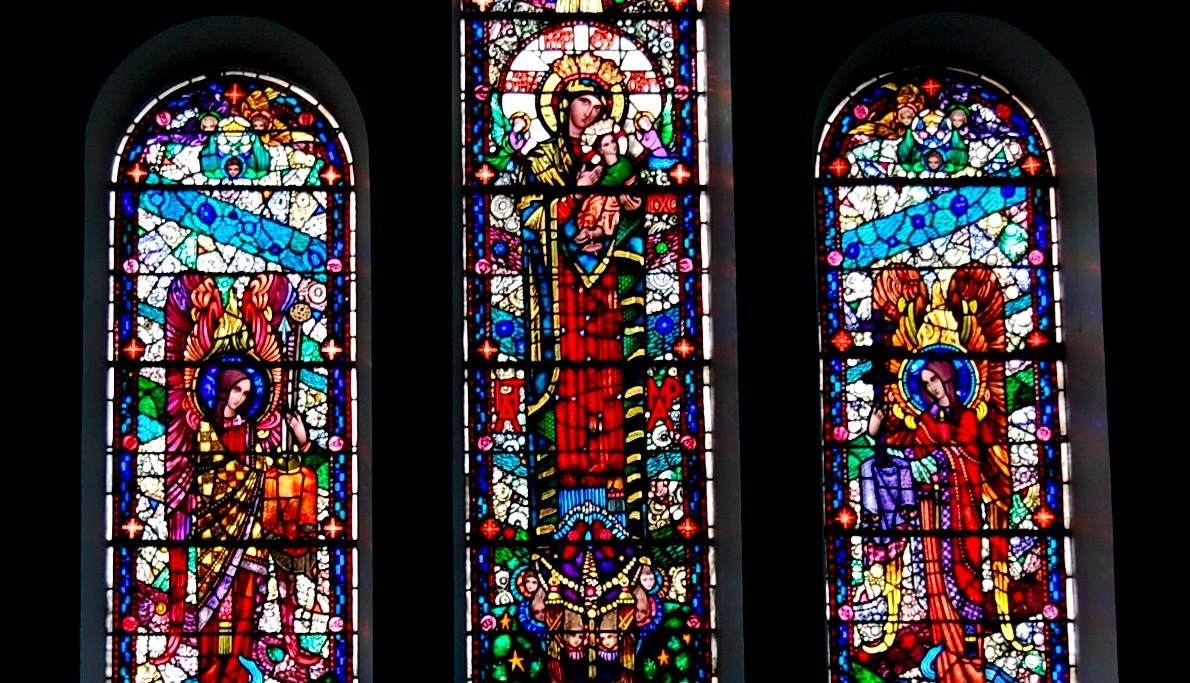 Mary Ellen ‘Nell’ Humphreys (1871-1939) was the daughter of Richard Rahilly and Ellen Mangan from Ballylongford, Co. Kerry. She was the sister […] 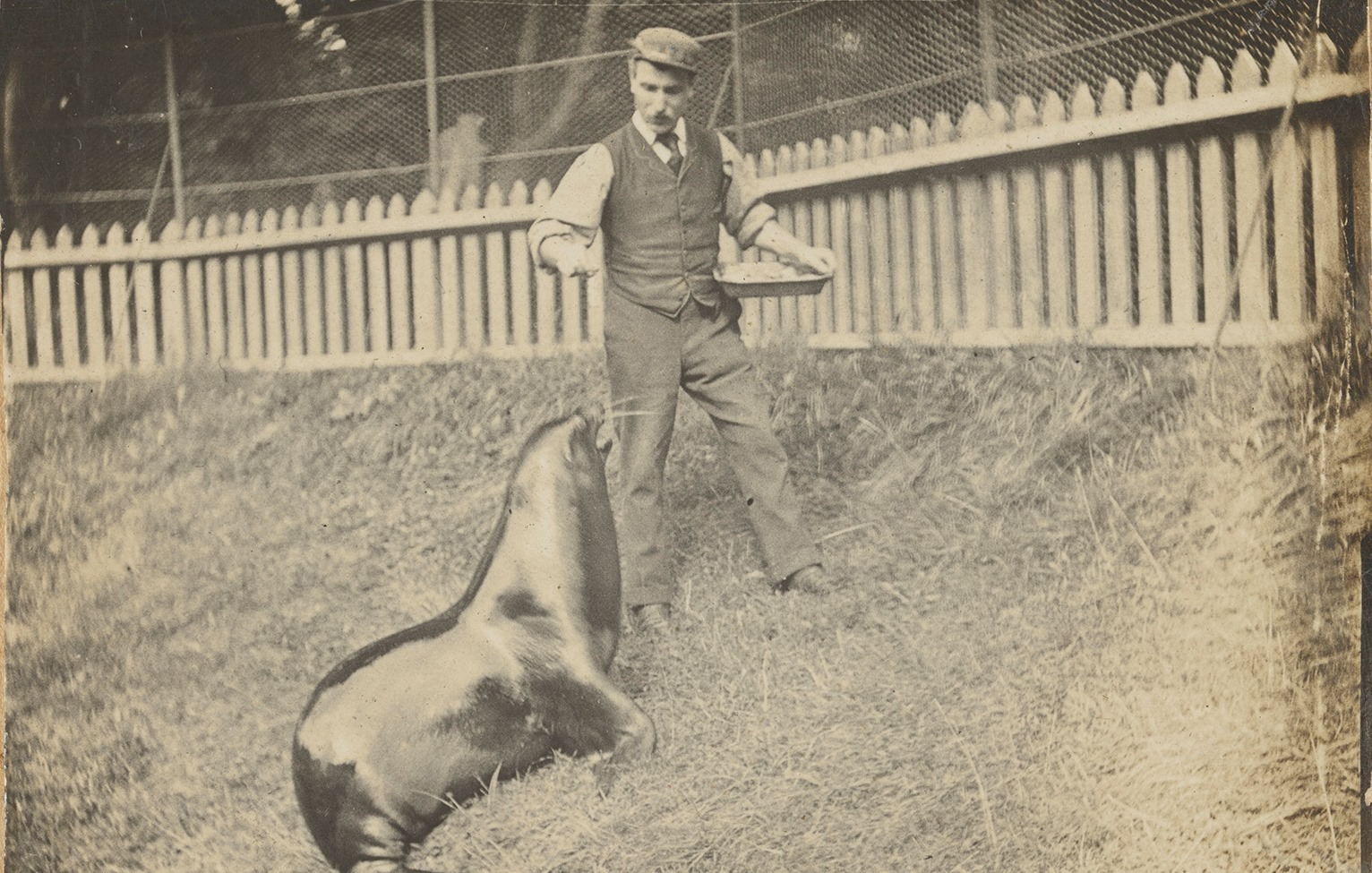 On Easter Monday 24 April, as news of trouble in the city filtered through to Dublin Zoo, the visitors left quickly, as […]