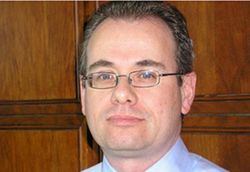 John was awarded a Bachelor in Business Studies degree from Trinity College Dublin in 1985.  Subsequently he joined KPMG in Dublin where he qualified as a chartered accountant.  He is a fellow of the Institute of Chartered Accountants in Ireland and a member of the Chartered Institute for Securities & Investment.

While with KPMG John gained extensive experience in the financial, manufacturing, distribution and services sectors.  He was closely involved in the establishment of the Irish National Lottery and was seconded twice to the Irish Post Office, firstly to the internal audit section and secondly to the central finance function.

John left KPMG in 1989 to join NCB Group, then Ireland’s largest independent stockbroker, where he was a member of the corporate finance advisory team.  In his six years with NCB he was a member of the team that provided a comprehensive range of advisory services to quoted, private and State companies and the Irish Government.  Project work included acquisitions, disposals, restructurings, privatisations, fundraisings and IPOs.

In 1995 John joined International Investment and Underwriting, Dermot Desmond’s private equity investment company.  As a senior investment executive since its inception, and now Managing Director, John has been intimately involved in the creation of the current portfolio of investments and has been responsible for the identification, assessment, negotiation and structuring of prospective investments and, subsequent to an investment being made, the monitoring and reporting of its performance.  He has also led the negotiations for a number of successful exits.

John has over 20 years’ experience of active participation at Boardroom level across a wide range of sectors, including three publicly quoted companies.  He has also given lectures in financial accounting, auditing and governance to corporate senior management teams, to business studies students in Trinity College Dublin and to trainee accountants in KPMG.