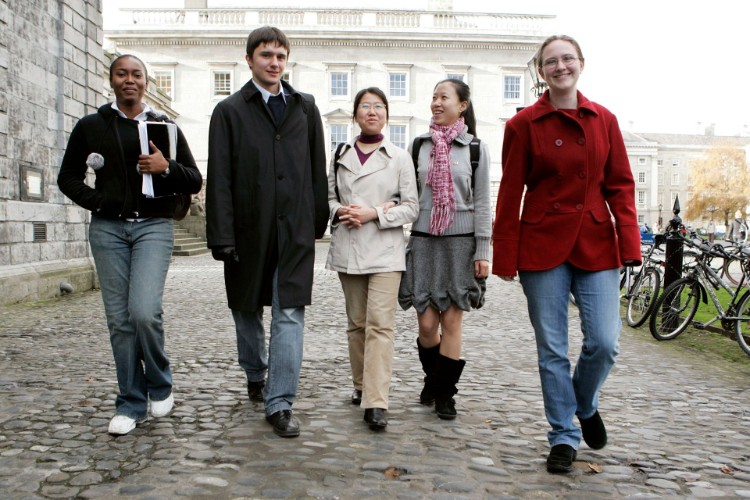 The Registrar of Chambers, acting on behalf of the Provost, allocates residential accommodation on campus and is a statutory officer of the college. The Warden of Trinity Hall carries out two main functions on behalf of the college. The Warden allocates residential rooms in Hall to students and is responsible for enquiring into an alleged breach of discipline by a student in Trinity Hall and for taking further action in accordance with the college statutes.

The Registrar of Chambers is an annual officer appointed by the Provost to allocate rooms on his behalf.

Room allocations take place in the period after applications are closed. The Registrar of Chambers, along with the Warden of Trinity Hall, lead the process for the review of applications made by students seeking special consideration for their request for rooms.

Thereafter, rooms on campus and at other locations, except Trinity Hall are viewed by the Register of Chambers. Normally, such rooms are only allocated to rising final year students, with a limited allocation for graduate students.

There are quotas of rooms set aside for scholars, international students, schemes in support of the Irish Language, DUCAC and the CSC.

Thereafter priority is normally given to international students, those who have not lived on campus previously and those who make a significant contribution to College and/or the wider community.

After the first round of offers, allocations are made on the basis of random selection to rising final year students.

The Warden carries out two main functions on behalf of College. On the one hand, the Warden is responsible for enquiring into any alleged breach of discipline by a student in Trinity Hall and for taking further action in accordance with the College Statutes. For minor offences, this may result in a fine being imposed upon a student. The second function is to allocate residential rooms in Hall to students. The power to allocate rooms resides with the Provost but for Trinity Hall, this is delegated to the Warden. Applications for rooms are normally invited in Hillary term and the application form and allocation criteria are made available on the web. Permission is also required from the Warden to hold parties and similar events in Hall. The Warden is supported by a Deputy and a number of Assistant Wardens as well as the Students Residences’ Supervisor.

Dr. Roja Fazaeli is Assistant Professor of Islamic Civilisations at Trinity College Dublin and Warden of Trinity Hall. Roja has published widely on the subjects of Islamic feminisms, female religious authorities, women’s rights in Iran, and the relationship between human rights and religion. Her most recent book is Islamic Feminisms: Rights and Interpretations Across Generations in Iran (Routledge 2016). She is currently on the editorial board of the journal Religion and Human Rights and is a member of the executive committee of the Immigrant Council of Ireland. Roja also serves as the representative for Scholars at Risk at Trinity College Dublin.

The Warden and Deputy Warden are responsible for imposing fines for transgressions, bad behavior and other activities that violate existing laws and rules, as well as for activity and actions that constitute unreasonable behavior. These fines start at 20Euro and can go as high as 500Euro. Any damages that result on top of such fines must also be addressed financially.

Both the RSAs and the Assistant Wardens report such behaviour to the Warden and Deputy Warden so that they can determine appropriate action.

These fines cannot be appealed and all collected monies go to the Senior Tutor’s fund for students in need.

If students are caught behaving unreasonably or against university regulations and deny such behaviour, their fines will be increased if they are found to be misrepresenting the facts.

Honesty and admission of responsibility will always lead to a reduced fine.