You are here Scholarships > Current Recipients 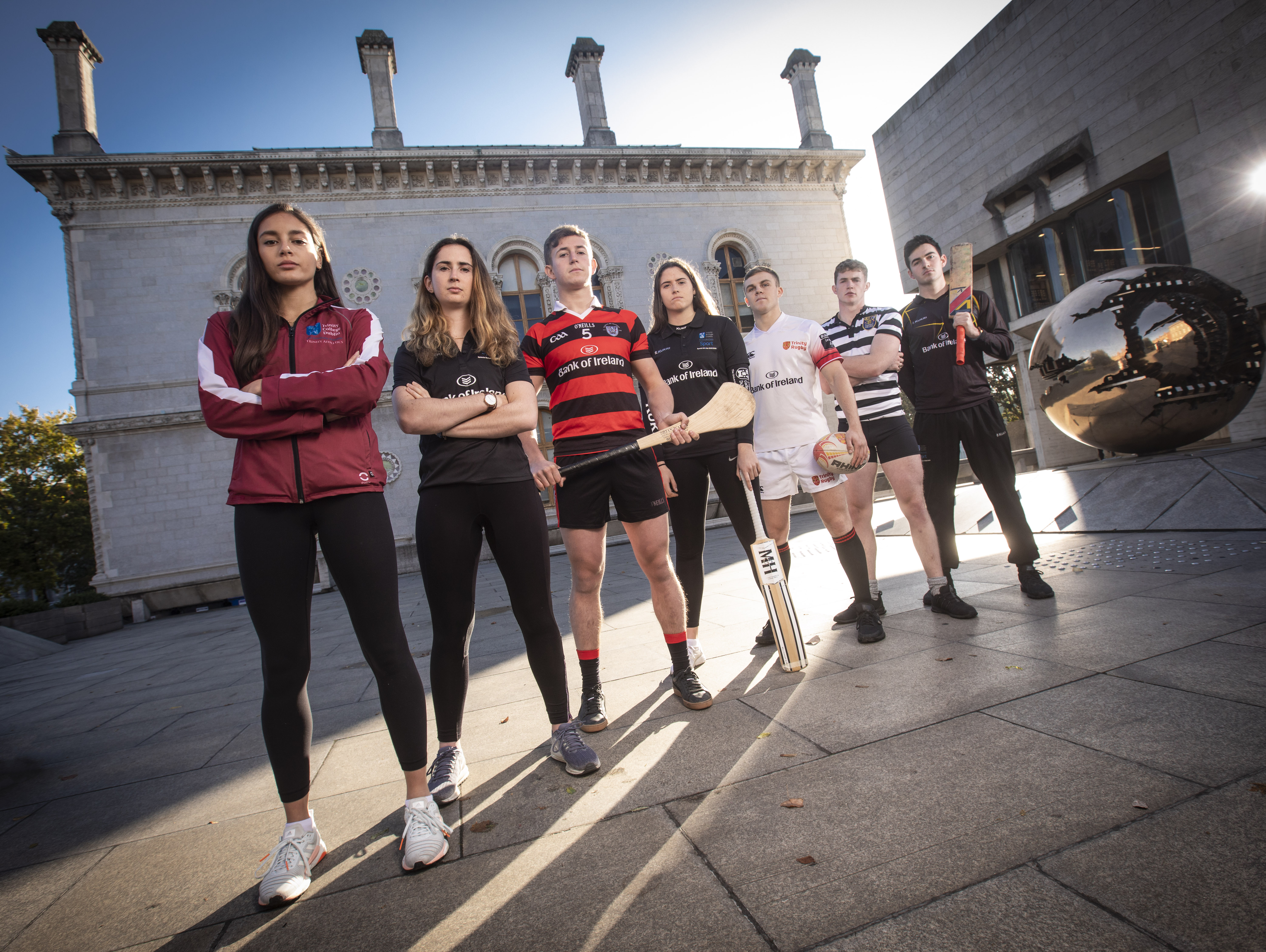 Trinity Sport, in association with Bank of Ireland, unveiled their Trinity Sport and Club Academy scholars for 2019 / 2020. Student athletes from a wide variety of sports, including rugby, basketball, GAA and cricket are featured in this year’s programme.

Among those on the high-performance pathway are:

Matthew Dossett, Deputy Head of Sport and Recreation commented: “We’re delighted to announce a very strong calibre of scholars for 2019 / 20. With 16 sports represented and a diverse range of developing and internationally recognised athletes, this is among our strongest list of recipients yet. “As with last year, the ever-improving standards of the support structure available to our highest performing athletes and teams in Trinity has resulted in a significant increase in scholarship applications. Improving our capability to attract and support talented athletes is a key objective for Trinity Sport, and this continual process will ensure that Trinity remains a strong destination of choice for the very best student athletes domestically and internationally. “I would like to extend sincere thanks to our partners Bank of Ireland. Without their continued support we would not have reached the standard of programme now in place or be able to award as many scholarships as we currently do. This support enables the sports scholarship and wider high-performance pathway to cater for over 250 athletes across the entire calendar year. I’d like to congratulate this year’s scholars and wish everyone the very best of sporting and academic success for the season ahead.”

Bank of Ireland’s Sophie O’Halloran added: “We at Bank of Ireland would like to congratulate the 2019 / ‘20 scholars on this phenomenal achievement. Sport teaches us great life lessons such as learning perseverance, turning failures into gains and that hard work does yield results. Your dedication to your chosen sports is greatly admirable. Bank of Ireland are delighted to support your journey here on campus and we look forward to meeting you and your families throughout the year. We wish you all continued success in achieving your goals.”

Among the benefits on offer to scholars are specialised strength and conditioning training, a dedicated medical care pathway, and financial support. An event to celebrate this year’s scholars will be held in the Dining Hall, Trinity College Dublin on Tuesday, 29th October.